March 19 is the birthday of the talented Russian author Nikolai Gogol (who would have been 205). Exactly one month ago, on February 19, another writer (lesser known but hugely talented), Yuri Olesha had his birthday (just a youngster: 115).

Maybe it’s something about the number 19 that shaped the lives of writers from two very different centuries – after all, they share more than just this number:

Yuri Olesha, the younger of the two, is most famous for his fairytale-esque Three Fat Men (1924), the story of a vastly unequal society and its revolutionary struggles. With humor and a happy ending, the tale is perfect for children – and its simplistic portrayal of revolutionary fervor is something Olesha himself later outgrew and criticized.

Nikolai Gogol lived in a different time, and with no handy revolution to romanticize, he dedicated his debut collection, Evenings on a Farm Near Dikanka (1831), to painting a rich, but rosy picture of Ukrainian peasant life. A trip back home in 1832 left him with a fresh perspective, and he called his own work “superficial,” even childish. 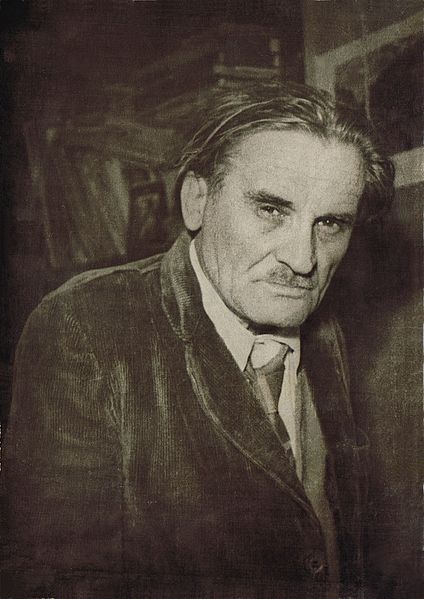 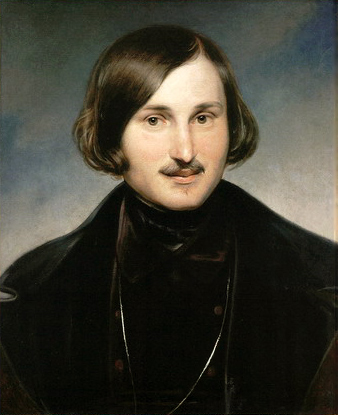 Our birthday boys! Yuri Olesha on the left, and Nikolai Gogol on the right.

With additional perspective came more general disappointment. Gogol set aside his folksy Ukrainian tales for a piercing examinations of the failings of Russian society: The Government Inspector (1836) centers around a fake inspector, while Gogol’s most famous work, Dead Souls (1842-ish), shows a man riding around Russia buying up nonexistent people from gullible landowners.

Meanwhile, Olesha’s work, already political, started to run afoul of Soviet censorship. After Three Fat Men, he wasn’t cheering for revolution anymore: another of his greatest works, the novel Envy (1928), took a more critical look at the role of the intellectual in a new, Soviet Russia – and as so often happens with good books, was banned for several decades.

3. A Flair for the Fantastical

Both Gogol and Olesha attract children at an early age, mostly with silliness. Even before they know the social context or think about what it all might mean, kids can be sucked in by the fanciful images of a balloon seller being carried away by his batch of balloons; a little devil hopping around trying to swallow the moon, and succeeding; a doll that can walk and talk and even has a heartbeat; and even a nose that walks around St. Petersburg all by itself…

But it wasn’t all fun and games for these two great writers. Censorship was no laughing matter in the Soviet Union, and in his later years Olesha was often seen at the Writers’ House, penniless, waiting for someone to buy him a drink. His fellow authors recognized his talent – and so were willing to buy him drinks – but the party system refused to find a use for him.

Gogol, too, eventually found himself at odds with the world, but was even more original in how he got there: after a streak of successful publications, he convinced himself that he was a prophet and God’s messenger on Earth, and that all his work to date was unworthy of his great mission. It mostly went downhill from there, including a low point during which he famously burned the second volume of Dead Souls. 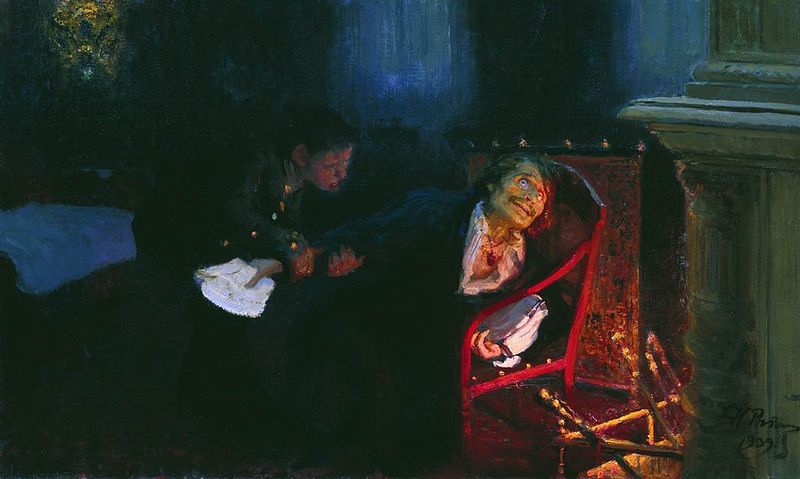 As a side note: Russian literature claims both writers as its own, but fun fact – neither author considered himself ethnically Russian. Gogol’s Ukrainian background, as previously mentioned, was an important influence on his work; Olesha, on the other hand, was Belorussian, although in the end that had little to do with his work or life.

And one last insignificant coincidence to round it all out? Both authors had Polish roots!

Nikolai Vasilevich Gogol is one of Russia's greatest and yet least appreciated writers. Fyodor Dostoyevsky, author of Crime and Punishment, The Brothers Karamazov and other classics, said that "we all came out of Gogol's Overcoat." What he meant is that Gogol was completely unlike any Russian writer who preceded him, and that all Russian literature that followed was indebted to him.