The Life and Reign of Ivan the Terrible

Ivan the Terrible – the name evokes the legend of a cruel and dangerously insane tyrant. Fearful Majesty explores that legend and exposes the man, his nature, and his time.

Ivan IV oversaw huge conquests of neighboring lands, the creation of a national church, and Russia’s emergence as a world power.

Arrogant, handsome, a gifted orator and theologian, Ivan was well educated but cruel, profoundly egotistical yet cowardly, scarred by childhood terrors. He was also the Russian ruler whose policies first cast Russia in the role of “Evil Empire” to the West.

Throughout his reign, Ivan’s unbalanced genius erupted in a tyranny so violent that it threatened to destroy his bloodline, his court, his church, his country.

"A portrait of Ivan the Terrible as a figure of high tragedy rather than a madman or a villain.  [A] lively.... biography of one of the most paradoxical and terrifying figures in Russian history."

"The most objective and comprehensive analysis of Ivan which has ever appeared in English.... A fresh interpretation.... With this book, we gain a deeper understanding of the complex man who engineered simultaneously such powerful forces of both creativity and destruction."

"A fascinating picture of the man and the country over which he wielded absolute power."

"It is seldom that the tsar's life and times have been delineated with as much style, felicity, skill, and sheer readability. Bobrick's biography is far superior to anything in this genre that had appeared for a long time.'* 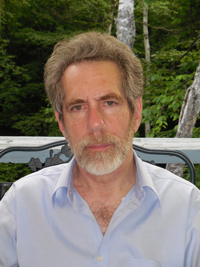 Benson Bobrick received his doctorate from Columbia University and is the author of fourteen books. His work has been translated into ten languages, and in 2002 he received the Literature Award of the American Academy of Arts and Letters. He lives in Vermont.