Canning is a lush business, a preparation of the tastiest treats for the coldest months. In Russia, where the winters are even colder, it is also a dear tradition practiced in both city and countryside. The season for canning is so beloved that in some places it is celebrated like a holiday.

Featuring both fruits and vegetables, preserved assortments include pickled cabbage, tomatoes, mushrooms, jam, and apples – and in the Far East of Russia, ferns! Another favorite is cucumbers pickled in water and salt. There are relishes, syrups, winter salads, and you might even find that, instead of a brine or a compote, a Russian canner will pour vodka over fresh or fermented fruit for a lovely infusion.

While you will find preserves in jars of all sizes, canners in Russia often use large glass jars, which can hold from one to three liters. They must be sterilized in boiled water for ten minutes before being filled with delicious delights.

Rather than screw-on lids, which sometimes require treatment in a hot bath to seal, these large jars are closed with a metal disk that is crimped against their edges with a handheld tool common in former Soviet countries. It is possible to close the jars without boiling them after they have been filled, but it is now thought to be safer to do so to avoid the growth of bacteria like botulism.

Once the goods have been prepared and jars properly sealed, they are customarily stored in a basement or cellar, although of course this is more difficult in apartment buildings. Russians living in apartments will sometimes use common spaces to store their preserves. 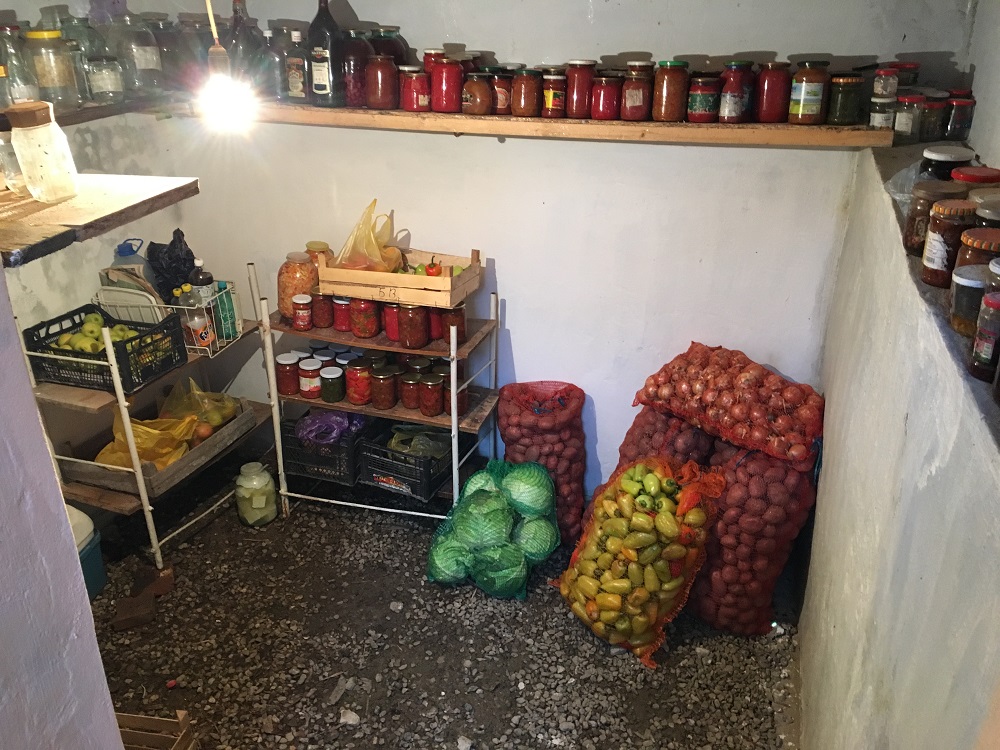 Here are three simple recipes – pickled tomatoes, plum compote, and a mulberry-infused vodka – that you may well find in a Russian pantry. The catch: canned fruits and vegetables are always best when they are freshly picked from a large and welcoming garden! If you don’t have your own, or a Russian friend to spoil you with gifts from his dacha, you can always make do with what you find at the supermarket. 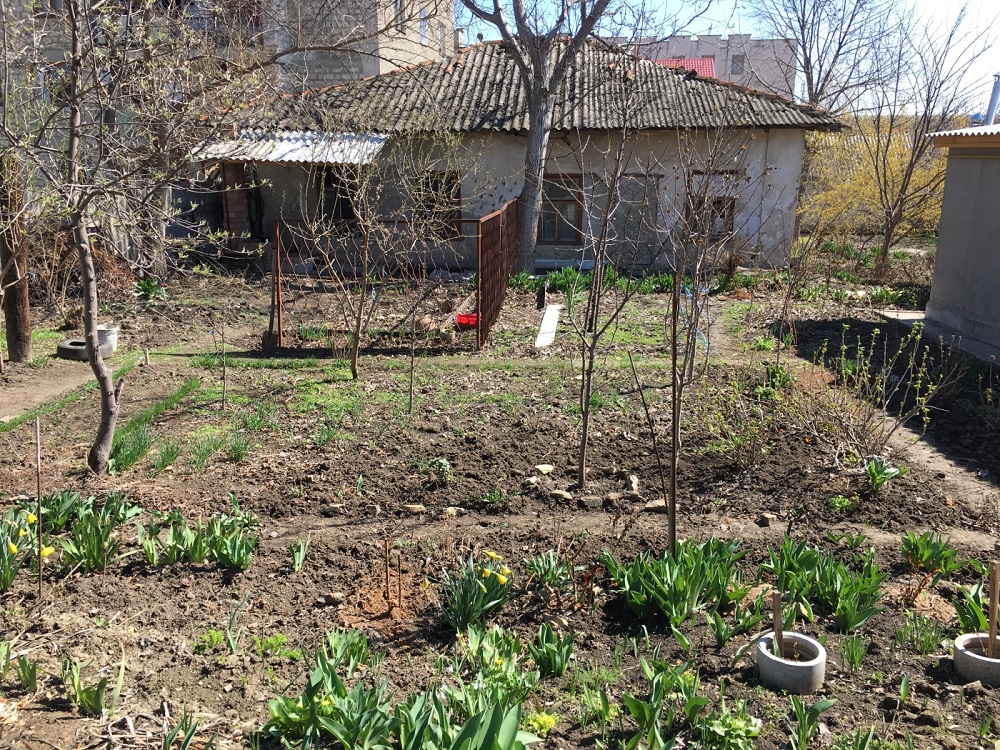 These tomatoes are a particularly succulent treat. They are pickled whole with the skin intact. If the tomato’s skin hasn’t split (oak leaves help prevent this!) when you lift the juicy packages from a well-aged brine, it is only proper to nip it with your front teeth to suck out the innards. This technique also prevents unflattering tomato pants.

Any fruit compote is a dream, and it's wildly easy to prepare. All you need is fresh fruit, some sugar, and boiling water. Apples, cherries, pears, plums, apricots, berries of all sorts, the preparation is also good for fruit that is overripe. You can even pick them off the ground; just make sure you’ve checked them for a little insect protein first!

Compote is easily stored in the refrigerator for short periods if you want to consume it fresh, but you can also can it to put away in the pantry for a later day. You can strain the plums from the drink before serving, but it is also a delightful treat to finish the fruit at the end.

We might argue about whether this is canning, but I say if it’s in a jar, it counts.

If you pack your jar with berries for this recipe, you are guaranteed a liqueur with a very fruity feel even if your vodka might be a little cheap. The focus is on the fruit! While you might not really be able to call it an infusion, this silky and more viscous beverage is a rich accompaniment for a good dessert. I wouldn’t discourage you from sipping on it, either.

The infusion requires three stages to prepare: the first is a brief fermentation of the fruit, and then the jar is filled with vodka.

One large jar with an airtight lid (1.5 liters recommended)
Enough mulberries to fill the jar to the top (alternatively, you can use blackberries)
2-4 cups sugar (tastes may vary!)
A few handfuls of blackberry leaves (you can also use grape leaves or the leaves from cherry trees)
Enough vodka to fill the jar about halfway

Long before seasonal eating, kombucha, kimchi and other such things became a fad in the US, they were popular and well known in Russia. For the recipe we feature sour cherry vareniki (mmm!).

In which we consider the less than humble cabbage and its history in village life, and offer a quick sauerkraut recipe.

The Secret of Little Bites

Zakuski have a well-deserved position of honor in the realm of Russian cuisine. In this issue we look at a tasty appetizer with connections to the Pacific: Canapes of Smoked Salmon.

On the Russian art of food preservation, and a refreshing summer recipe for melon preserves.

In which we meet Oksana, Russian millennial and cook. She shares childhood memories of a surprisingly abundant 90s, and her favorite snack: the "Jewish" zakuska.

Tis the Season for Pickled Ferns and Ice Cream

“Lids are very relevant seasonal paraphernalia for many. Everyone accepted the gifts, even adherents of other political views.” – Local news from gorbatka.ru, on United Russia’s election campaign strategy.

Adding Me, and You, and All of Us to AdMe.ru

Tractors, smugglers, and the matryoshka from hell