A Soviet Bake-Off and Blini

"Cut puff pastry into squares, place some pear into each, cover with cream, sugar and a bit of salt…" I can do that, I thought. I stopped by the shop on my way home from the hospital, purchased the ingredients, and made Julia Frey’s salted caramel pear tarts before dinner. They were delicious, and they made me feel better. It was on the day that three people in my family got very sick, and it felt like the sky was falling, but these tarts made things a little bit better.

“I’m so glad. That’s exactly why I share recipes,” Julia said when I told her my pear tart story. She runs a food blog called vikalinka.com, where she shares recipes and stories, including a few Russian dishes. Some are family recipes from her mom, while others are Julia's interpretations of Russian dishes: meat patties with a wild mushroom sauce, turkey golubtsy… (and a more traditional recipe) And her mum's signature lacey kefir blini.

"I just stack them up, with butter and sugar on each blin, and then have them with smetana [sour cream]. It's heaven." Some dishes go through life unaltered; the only adjustment Julia made to these was using buttermilk before kefir became widely available in the west.

Born in Saransk in 1975, Julia remembers her childhood as happy, fun and full of great food. Her mom, Victoria, is from Ukraine, and she cooked “more than other moms”, despite working full time as an engineer. The food at home was a mix of Russian and Ukrainian, and both cuisines have become part of Julia’s food DNA. Her parents, arguably the best named couple ever, Victoria and Victor, loved to throw dinner parties with a lot of flair that left guests very impressed.

Her father, also an engineer, was very creative and a real artist. He once took up the challenge of whether or not men can be better bakers than women, and it turned into a real passion project, proving that a Soviet man could make the prettiest cakes in town.

How do you make beautiful, elaborate cakes in the Soviet Union, where there are no cookbooks on baking, and no baking tools available in shops? Well, you flex your creative muscles, and Victor did it in style.

First, he used a cookbook that was written for industrial baking, e.g. quantities were all in tons, so he had to divide them by about 100 to get the right proportions. Then there was the equipment: piping bags, nozzles for rosettes, baking dishes. As the deputy head of quality control at a TV factory, he was able to get the rosettes made from aluminium, and he made the piping bags himself using plastic and a soldering gun. He even found a mini oven that was able to hold the right temperature, as opposed to the Soviet ovens that had only four settings. 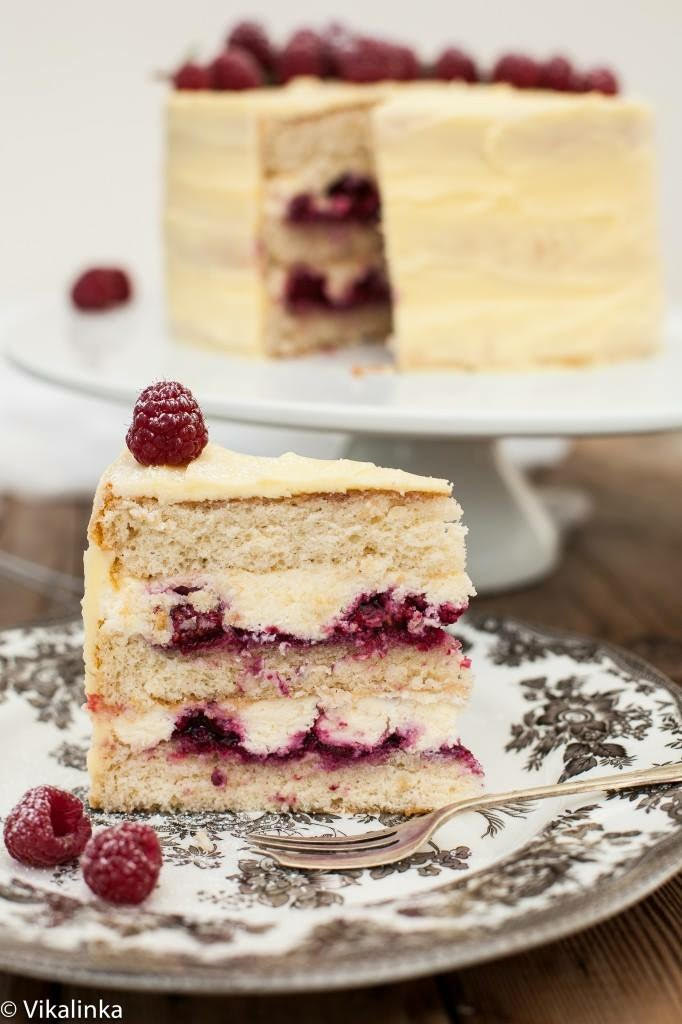 Victor would lock himself in the kitchen and emerge a few hours later with the perfect, most elaborate and beautiful cake, Julia said. She recalled one from a New Year’s eve party. It looked magical, and was decorated with some snow flakes. No one in their city, including at the cake shops, made anything like the cakes her dad made. It was a whole production, with no one allowed in the kitchen during the process – to avoid the floor shaking and the cake deflating. But the result was well worth it, and he would always give his cakes elaborate names.

Many years and three countries later, Julia still has vivid memories of her late father’s incredible creative romance with cake, of her mother’s delicious feasts, and of their regular dinner parties.

Julia left Saransk at 22, after winning a competition to go to university in Pennsylvania. She met her Canadian husband while doing cross-cultural communications in Minneapolis, and then moved to Canada with him. They have two children, Victoria, named after Julia's mother, and Mitchell.

Julia started her blog, Vikalinka, also named after her mother, when the family moved to London. She was keen on the move to Europe, as it helped her feel a step closer to Russia. And it was on the blog that she first shared her mom’s kefir blini recipe and started using her knowledge of cross-cultural communication to pick dishes that would be well received by Western audiences, bringing people joy through food. Clearly she has inherited her father’s creativity and dedication to perfection. And she has included a cake on her blog that is reminiscent of one of her father’s creations.

Her kids don't speak Russian and have only been to Russia once, but they love tucking into babushka Victoria's buttery, sugary blini with sour cream on a Saturday morning, bringing them closer to their mom's homeland with every bite.

If you feel like you need something to pick you up, or are just looking for a delicious meal, Julia's recipe for pear tarts, blini, cake and other Russian (and not) delicacies can be found on her blog.

Hold the Maple Syrup: These are Bliny

They may not seem that remarkable on the surface, but bliny, when cooked right, are light and heavenly. Here's how to cook the up right, plus a bit of the folklore about what makes them so important to Russians.

May the Earth Be As Soft As Feathers

When a long-time member of a small Russian village passes on, there are rituals aplenty to observe.

The Joy of Soviet Cooking

Anna Kharzeeva is learning to cook, Soviet style, from her grandmother. We listen in, and get a fresh new recipe for summer shchi (soup).

Growing up in post-Soviet Russia can make you crave anything foreign. Here is how a salad helped a Russian millennial develop a taste for her own culture.

1799
Russian and British army under the Duke of York was defeated and forced to withdraw by the French under Vandamme at the battle of Bergen-op-Zoom.

Things Look Different Below the Surface

Racism Here and There