Oksana and I met in Georgia, where she was cooking for big groups of tourists and where she eventually bought a dacha in a remote mountainous region called Racha, where she was planning to host guests from all over, as well as cook for everyone, and get her mom involved in it, too.

It wasn’t until I learned about her childhood that I realized how close this dream was to where she came from: a house full of people, adventures, and lots of homegrown delicious food. This is Oksana’s story. 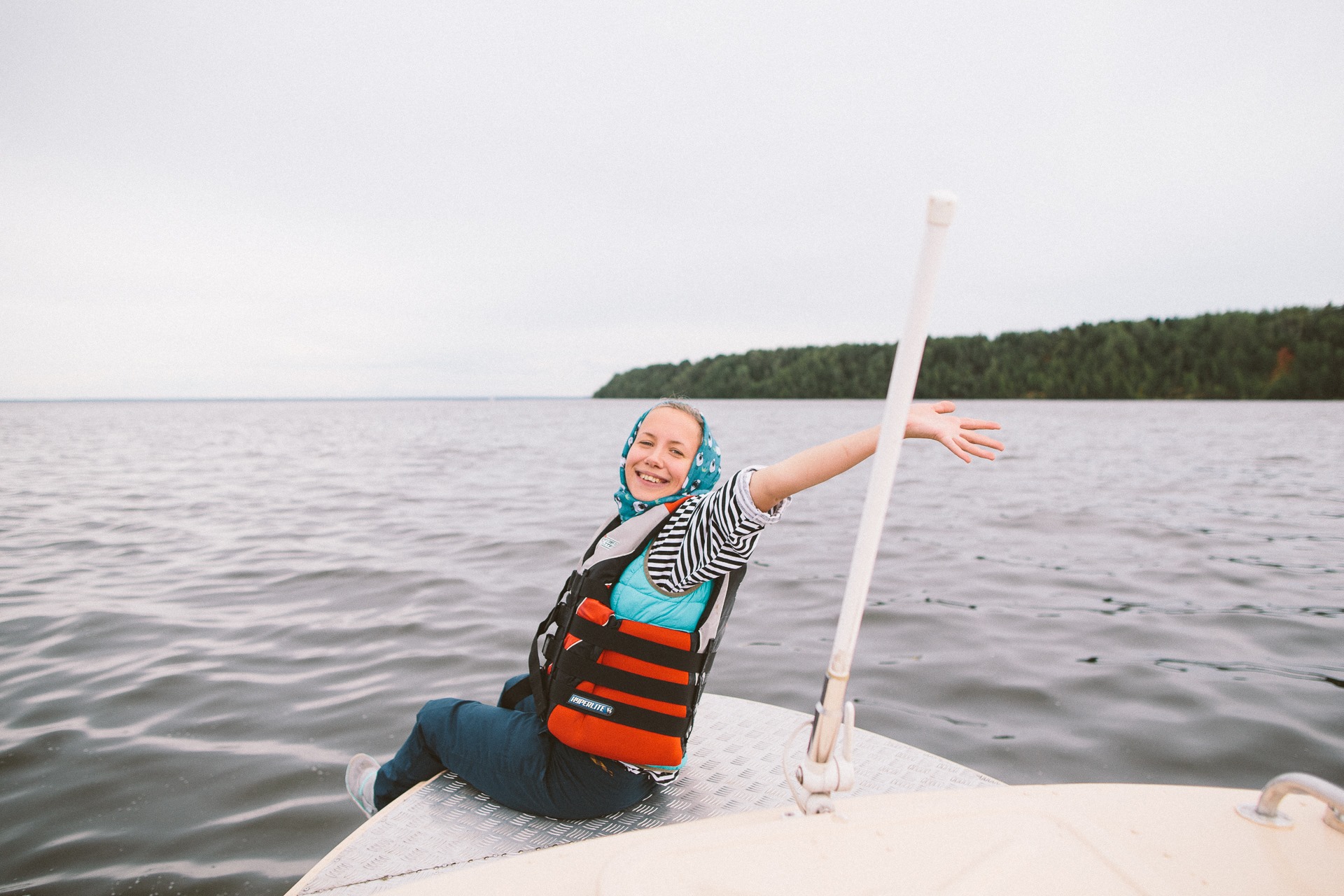 Oksana was born in 1989 in Saransk, the capital of Mordovia, a city of about 300,000 that lies about 500 kilometers east of Moscow. Living in a house with her parents and grandparents was fun: she would leave the house in the morning and go wandering with her friends. There was a forest, pond, ravine, gardens and garbage dumps (old car pieces and other “treasures” – it was all very fun and exciting, nobody was watching over them, and she would either go home for 5 minutes to have lunch and dinner, or they would all eat at the nearest grandmother’s place.

“Whichever grandmother was closer, would feed us all,” Oksana reminisces, and they would also just snack on wild apples and cherries when they were out on their adventures. It was the 1990s: their parents were working, their grandparents were at home growing the food, and the kids were left to their own devices, and happily so.

Oksana’s parents both worked as engineers, her mom remembers proudly that she worked at a research institute, which was the only workplace in Saransk that paid its employees on time in the 90s, and in actual money, instead of the products produced (people at a light bulb factory were paid in light bulbs, those at a candy factory in candy, and so on).

So it was partially thanks to that job that Oksana remembers nothing of the “hungry 90s”. It was also thanks to the fact that they grew a lot of their own food: cucumbers, tomatoes, greens, and carrots in the veggie patch by the house, and everything else at their nearby dacha. Once, they even got a goat in the hope of having goat milk every day, but the goat ate a lot and gave little milk, so she had to go. As for cow’s milk, they drank a lot of it - kids and adults alike. Oksana’s favorite food was fried potatoes with a glass of milk.

“We ate a lot and everything was simple but delicious. Meat, soups, kasha, vegetables. Often we would make pirogi (stuffed pies) with cabbage, meat or sweet ones with apples,” Oksana remembers.

Her aunts, uncles, and cousins were all frequent guests, and they would forage for mushrooms together (measured by bathtubs, where they would also be sorted and washed). They would also make lots of preserves for winter: dried and marinated mushrooms, pickled tomatoes, and cucumbers, vegetable stews, kompot, and jams.

Once the pickled cucumber and tomatoes were eaten, Oksana’s mum would use the rassol (pickle brine) to make cookies: rassol, some sugar, mayonnaise, soda, and flour mixed together and baked. My modest research shows that it was a popular recipe in the 90s, as was the “Jewish” zakuska, which is some soft cheese, mayonnaise (again), garlic, and some grated carrots spread over rye bread. It was a frequent snack at Oksana’s family table.

The family extended on to the south of Russia, too: Krasnodar, from where they would bring jam made of “gigantic apricots”, walnuts, fruit, and watermelons - all transported by Oksana and her parents by train. Also, Astrakhan, where Oksana’s grandmother’s sister used to work, and where she would source some black caviar cheaply through friends, then bring lots of it to Saransk. There, Oksana’s family would down it in no time, but Oksana didn’t like it. She did, however, develop a taste for it at the age of 5, when there was just the last 500gr of it left, as her aunt was leaving Astrakhan. She still remembers being upset over her bad timing for figuring out that black caviar was delicious. 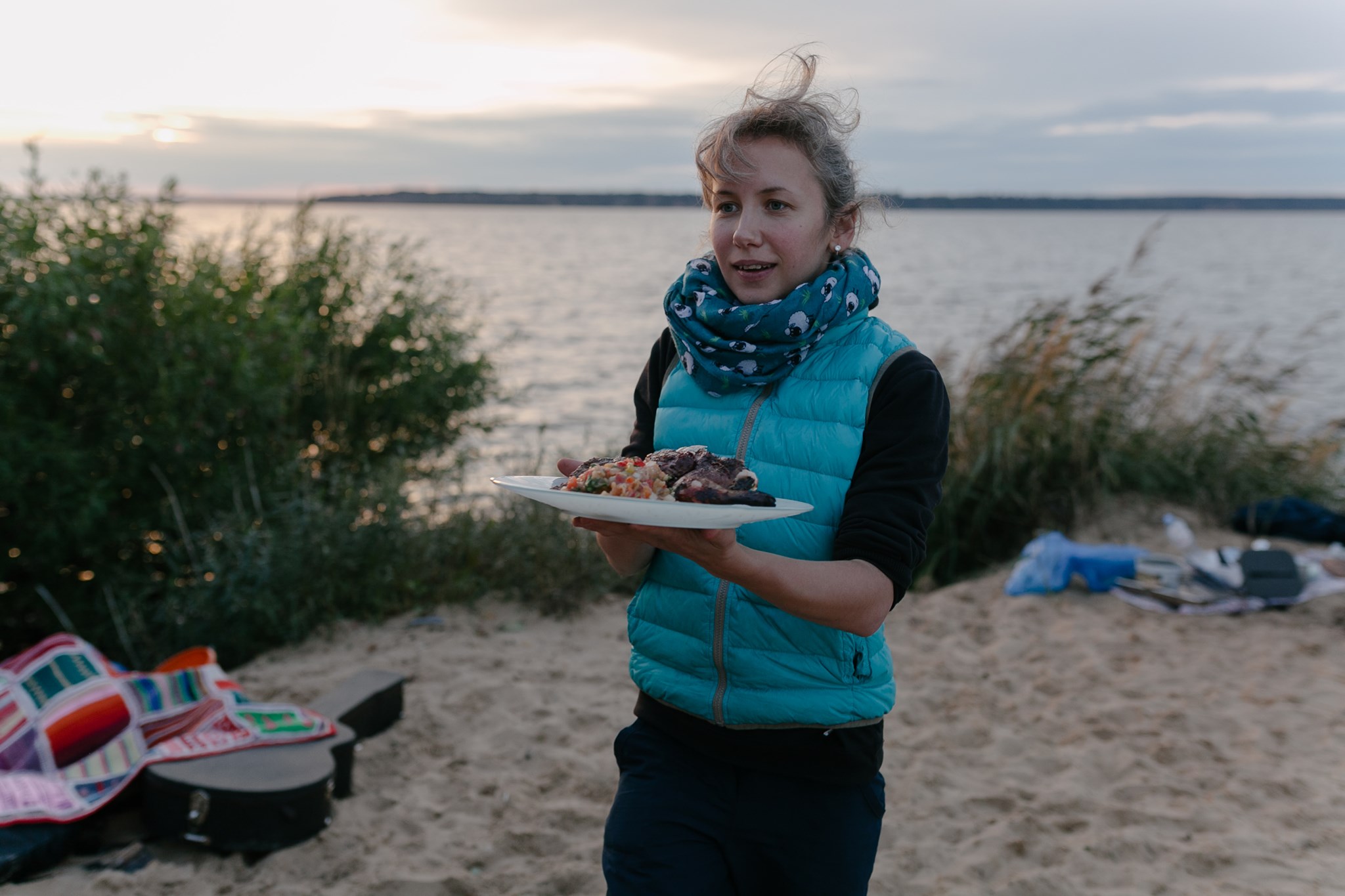 Oksana’s family moved into an apartment when she was 13, and she left Saransk at 17 to go to university. Her mom also eventually moved to Moscow. They don’t grow any of their own food anymore, or make rassol cookies, or even eat shproty (sardine-like Russian fish) for New Years'. And Oksana doesn’t enjoy fried potatoes the way she used to. Oksana does, however, still love Jewish zakuska, which takes her back to her childhood. But now she wraps it in lavash instead of spreading it over rye bread and enjoys it alone or with her mom – when she’s not cooking lots of delicious food for people from all around the world, that is, whether it be on mountain tops, in fields, or even in her Moscow apartment.

Mix all the ingredients together and spread over rye bread or on other flat bread.

Too Much Catherine, Not Enough Greatness: Two Reviews of "Catherine the Great"

Things to Avoid After Drinking Vodka