How long have you been doing photography? What style or genre most interests you? Since childhood. In general, I studied to be an artist, but photography won out. I was too restless to be an artist. But for a photographer restlessness is a virtue.

Can you give us a short description of your city? Where is it located? What is it famous for? Pikalyova is located not far from the St. Petersburg-Vologda road. City-forming enterprises produce alumina and cement.

What is something about your city that only locals would know? In 2008, the cement factory was almost shut down; for a few months people did not receive their salaries. The local union did its job well and organized protest actions. The strikers closed the federal highway that passes near the city, and Putin came and sorted everything out. He is our benefactor. Now everyone in the city is staying put, do not want to leave, and believe that if something happens, Putin will come to their aid. But it's better to live without hope – it forces you to stir, to do something. Now the tendency is to act like this: as soon as there is a production downturn and people start to grumble, they send some people with briefcases, suddenly payrolls are paid and the factory has a state order. In order that there not be an uprising. But what comes of this? Does life get any better? If the factory is making things that no one wants to buy and the goverment forces someone to buy it? Does our life improve as a result?

Which places or sites are a must for someone to see if they visit your city? The ski path that runs along the city's edge. Despite the fact that smoke from smokestacks is visible from there, the air is clean.

The Firebird graffiti. Gleb Tyurin, a businessman and public figure who is committed to the city's development, brought in a famous graffiti artist and he did several paintings throughout the city. They promoted it all nicely; locals scratched their heads for a long time, grumbled and said it was money wasted; in short, they didn't have a clue why they needed it. But soon enough the entire city began to be covered with wall murals by local artists. These are definitely worth checking out.

Anything else you would like to add? I and some other photographers travel the country, and Leningrad Region in particular, in order to tell others about something that is interesting, alive, entertaining and Russian. We want to bring it to life, in order to prove that, first of all, there is something good in our country. Our project "Invisible Cities",  is a documentary project dedicated to Russian industrial towns. There are hundreds of cities in Russia, where life depends on the "city-forming" enterprise. There is a special word for these towns in Russian: моногород (monogorod), combining the words "single" and "town," meaning a single company town. 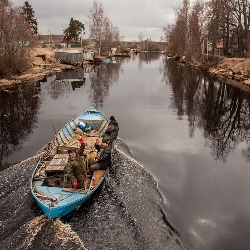 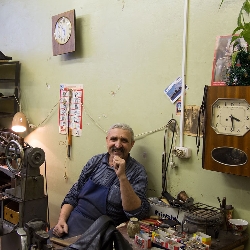 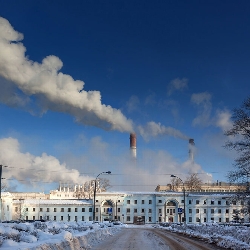 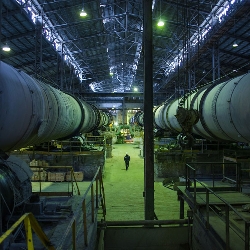 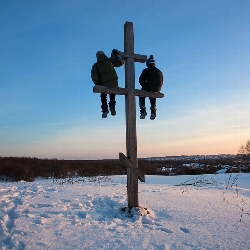 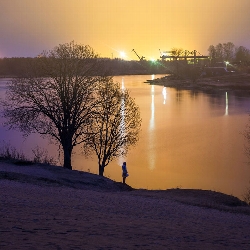 Why Did Soviet Houses All Look the Same?

1945
Russian troops reached the suburbs of Berlin (WWII). By the 30th they had taken the Reichstag. On May 2, Berlin fell.

1890
Chekhov begins his trip to Sakhalin, departing from Yaroslavl

7 Ways Not to Protest the Occupation of Crimea

That Other Red, White, and Blue