Because Curling is Not Funny Enough! #SochiFunny

“Of course we are proud, excited even,” said Russian skater Maxim Trankov, after he and partner Tatiana Volosozhar won the coveted gold in pairs skating this week. “But more than that, we are glad the pressure is off. Ever since we were featured on the cover of Russian Life, we have felt that the eyes of the world were upon us. It’s not an understatement to say we owe our win to Russian Life – it really pumped us up! Well, that and the daily calls from the Kremlin to ask how we are doing...”

Of course, Trankov never said any of that. We’re just joking. Because life without humor is dull. And that is even true when it comes to sports.

Here at the Olympics, one cannot be exclusively focused on “ochki, goly, sekundy” (points, goals,seconds). So, time to look at the lighter side of things in Sochi.

First there is the slapstick humor of the Norwegian men's kerling team, which beat the US on Monday. Their funky red and white checkerboard pants had to be specially approved by the IOC in the run-up to the Olympics. But then those crazy Norwegian kerlers dared to stroll about the Olympic park wearing their checkered britches. The ICO then stepped in and barred them from doing this as it was regarded as brand advertising, which is not officially permitted at the Games. So, in protest, the kerlers posed pantless for photographs before the Olympic flame. Pantless, that is, in the sense of in their underwear... 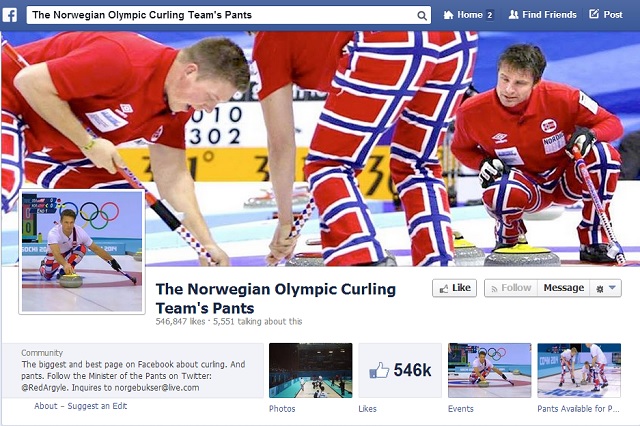 Here in the Rostelekom [not an advertisement] Computer Center, where we press types type our articles and posts, we work on nice, notebooks, but are required to use the not-so-user friendly Open Office software, which many of us find to be a nightmare. So one smart lady here dubbed it "Zhopen Office" (in Russian, zhopa is a crude-ish word for one’s behind). 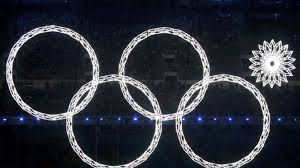 Meanwhile, there are some developments in the investigation into the causes of the mysterious “fifth ring scandal” – the one that did not open during the opening ceremony due to technical glitch. Those who saw it live at the stadium (and, I am told, in the US) witnessed the mishap, but those who watched it live on TV-1 in Russia (perhaps with a 7-second delay) didn’t see anything wrong. Director Konstantin Ernst confessed that they dubbed in footage from the successful rehearsal. Call it a hitech Potemkin Village. Ernst preferred a Zen explanation: “if a ball is perfectly polished, leave a dent on it so that one can see how well it is polished.”

Luckily, Runet was abuzz with a very logical explanation: It was not a mistake but an intentional snub. The fifth ring in question, one blogger said, symbolizes North America, and it was purposely left dim because US President Barack Obama chose not to attend.

Then there was an unexpected coup: Prime Minister Dmitry Medvedev caught on tape, napping during the opening ceremony (apparently even the 7-second delay couldn’t save him). It has already spawned a slew of great memes online.

As everyone knows, security is a huge concern here, so there are lines just like for airports to get on the train between Adler and the mountain venues. In one instance a security guard about my age noticed “a suspicious small bottle” when x-raying my bag. He asked me to pull it out and show it to him. It was a mundane bottle of some Gucci fragrance, so in order to prove it was not a bomb, I sprayed some on me and on him as well.

“Luchshe vnutr” (better taken internally) was his witty reply. As we were both children of the late-Soviet era (when drunkards often drank cheap cologne), we both laughed at his joke, and I always patronize the x-ray machine staffed by my new friend.

As I write this post, the Russian team is doing really well overall, and it’s a balmy 17 degrees (low 60s for you Fahrenheitians). As my dad is fond of joking when things seem to be going too well, “pora rastrelyat” (time for the firing squad).

Oh how we Russians love our dark humor. Me, I might just take a dip in the ocean. But I’ll leave my pants on.

1945
Instruments of the surrender of German forces in WW II were signed by General Jodl, the German chief of staff, at General Eisenhower's headquarters in Rheims.

1940
Ranks of General and Admiral reintroduced into the Russian Armed Forces, replacing terms like "komdiv and "komandarm" put in place in 1935.

1875
Treaty of St. Petersburg. Russia gains all of Sakhalin, Japan all of Kuriles.