Against Some Odds, Still in the Game!

A Loss Does Not Mean All Is Lost

1. Russia’s glorious football winning streak ended this week with a three-point loss to Uruguay. But with Russia’s assured participation in the Round of 16, most Russians are pretty content. Some were even relieved by the performance against Uruguay, as they finally recognized the Russian team, which allowed two goals in the first 25 minutes, as their own. In terms of both optimism and accuracy, one Team Russia fan outdid the rest, however, in correctly predicting the scores of Russia’s first two games before the start of the tournament. Upon learning of this, Twitter users quickly set to asking this mystical figure for more predictions: namely, how many kids would they have, what does the future of bitcoin look like, and of course, what will happen after Putin retires?

2. Sometimes all you need to fix a problem is a couple of Croatians in a hole. Two Croatian fans, spying a particularly deep pothole in Nizhny Novgorod, decided to jump in and have a photoshoot. Wanting in on the fun, four Argentinian fans jumped in next. And then, the next day, the pothole was magically filled. This is one of many good deeds that tourists have bestowed on Russia: among other acts, foreigners rescued a man from drowning and saved another man with CPR after a moped accident. Perhaps most notably, fan contingents from Japan, Senegal, and Saudi Arabia took out trash bags and started cleaning the stands after the games they attended. So how do Russians feel about all of these tourists? Well, we think they should be big fans. 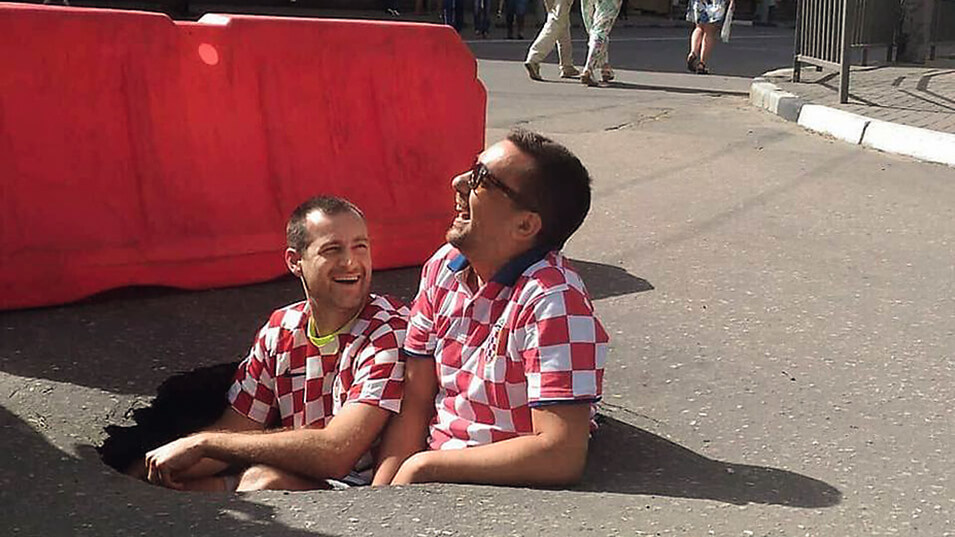 3. The world somehow still exists outside of the World Cup madness, and in Barnaul nature put on a violent show. Barnaul, a city in Siberia, was hit with a tropical storm last Saturday. The tempest, which led to some stunning images, generated temperatures over 100° Fahrenheit and stripped the city of power. One heroic crane operator remained at his post to move a heavy load away from drivers and pedestrians, an act that led to his own death but saved many lives. Not to be outdone, several Russian cities were treated to the sight of a fiery meteor. 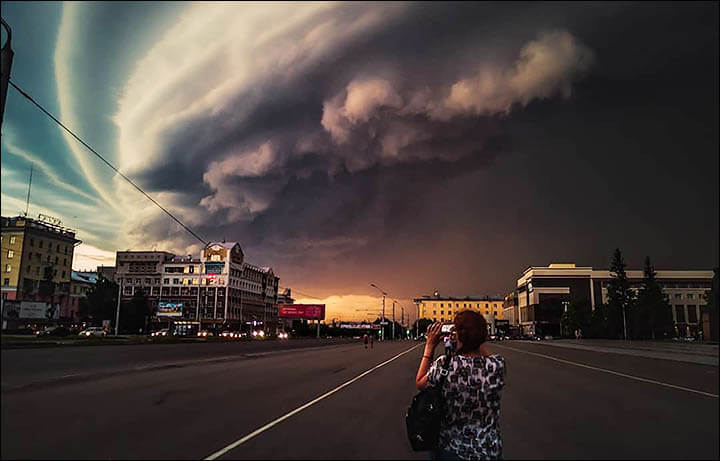 — One Twitter user expressed relief during Russia’s match against Uruguay

Absence (of Sugar and Corgis) Makes the Heart Grow Fonder

"Tear Down This Wall!"