More Facts and Figures from the War

A round-up of some facts and figures from the Russian War on Ukraine.

Number of Ukrainian children killed in the conflict: 109

Total estimated civilian casualties (injured and killed) in Ukraine as of March 15: 1,900

Number of Russian protestors arrested for spreading “fake news” about the conflict: 186

The standard prison sentence for spreading “fake news” about the conflict: 15 years

Official Kremlin tally of Russian dead as of March 2: 498

(The article was almost immediately deleted.) 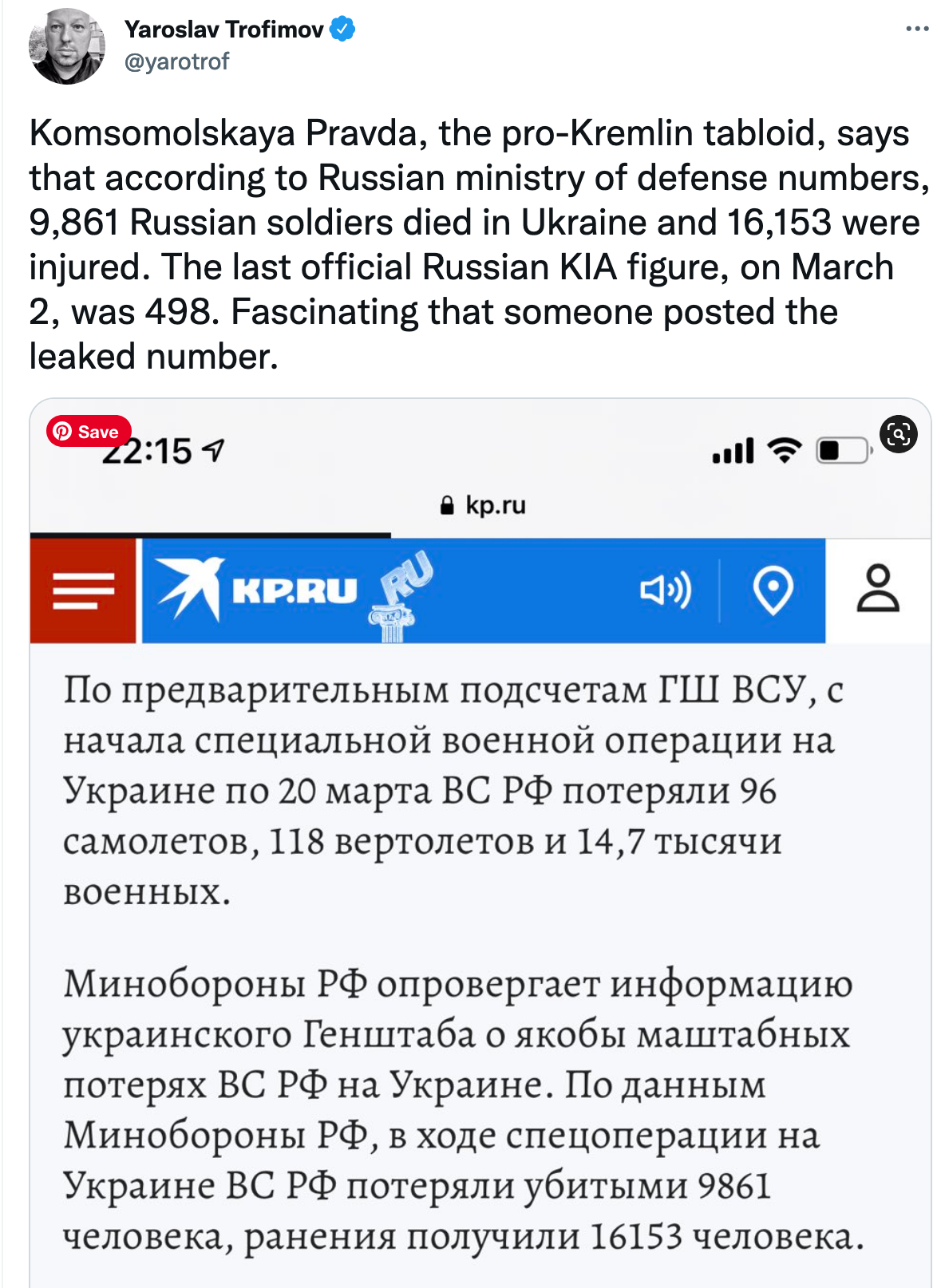 Estimated number of Russians who have fled Russia due to the political crackdown and war: 250,000

Estimated share of buildings in Mariupol destroyed by Russian bombing: 90%

Ukrainians who feel the war is going “in the right direction”: 76%

Ukrainians who feel Russia’s objective is “the complete destruction of the Ukrainian people”: 56%

…who feel the invasion was “aimed at protecting Russian-speakers”: 2%

Number of Russian stocks that will begin selling when Moscow Exchange reopens today: 33