Tractors and Statues Fit for Presidents

1. If you sow a field of Putin, will you reap the most loyal crops ever? Or get a territorial dispute with the field next door? Italian farmer and artist Dario Gambarin decided to find out, using a tractor to draw a giant portrait of Russian President Vladimir Putin in a field. The 443-foot-wide decoration to his farm comes in advance of this week’s G20 summit. Gambarin, who has also depicted Donald Trump, Barack Obama, and others, says he doesn’t measure fields before he starts his art; it’s all a good eye and knowing your way around a tractor. 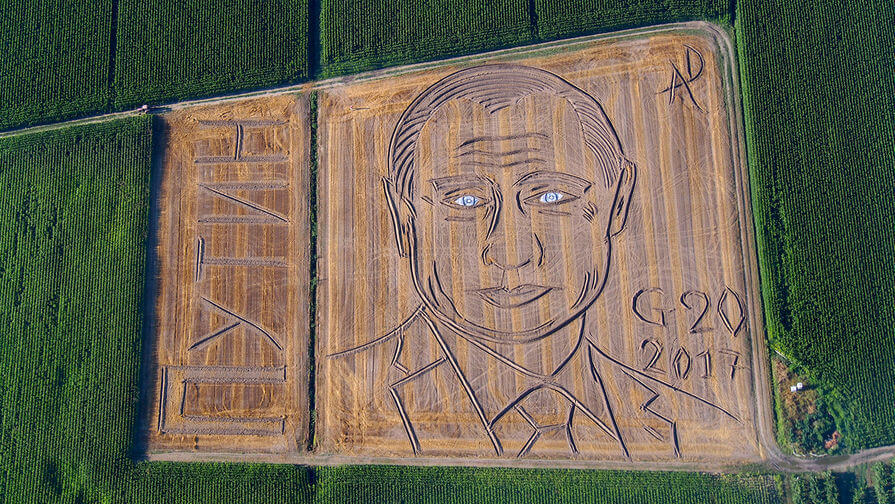 2. Special delivery! In early 2016, Kaliningrad got a shipment of about 160,000 gallons of Geminex G30, allegedly an emulsifying agent for cleaning metalwork. Over a year later, those 2,500 barrels of toxic waste are still waiting for a home. In addition to toxic waste, it seems that there’s dirty money involved, not to mention a lack of disposal facility, disappearing owners, and a whole lot of bureaucracy.

3. The Burganov House Museum in Moscow has unveiled a statue of former U.S. President Ronald Reagan and Soviet leader Mikhail Gorbachev shaking hands. It’s not Russia’s only sculpture of American presidents, but it’s the most topical: the sculptor said his piece was motivated by the hope that the countries’ current presidents, too, will find diplomacy possible. Gorbachev similarly expressed hope that today’s “dangerous impasse” in U.S.-Russian relations will soon pass. 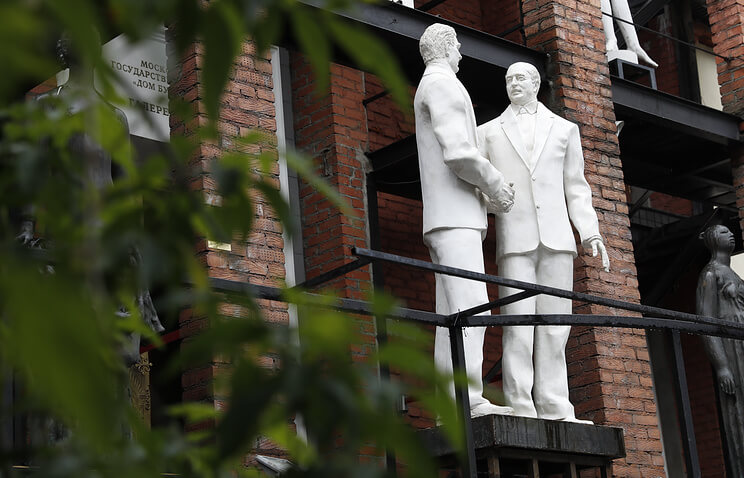 "Our message to the two presidents: stop and think about it, guys: we don’t want any of the tragic repetitions that have taken place through history, and maybe you'll somehow be able to agree."
—Eduard Lozansky, president of the American University in Moscow, on the message behind the new sculpture of Reagan and Gorbachev.

1989
Mikhail Gorbachev elected President of the Supreme Soviet of the Soviet Union.

Digging up your Russian Roots

Friends to the Friend Who Isn't There