Peter the Great, Emperor of All Russia

Peter the Great was born on May 30 (Old Style, June 9, New Style). Here's a quick Tsar's Tour of one of the country's most important leaders...

Peter I of Russia was a busy man.

After a trip to Europe in 1698 (known as the Grand Embassy), he became convinced that Russia had a long way to go before she could “catch up” with the West. And so this giant of a tsar – 6 foot 8 inches! – set to changing everything.

First, the boring parts: Peter tried several administrative reforms – it took him a few tries to get it right, as he copied one European country after another. His most lasting contribution was the Table of Ranks, a supposedly meritocratic system for advancing in the tsar’s service, which remained in force all the way until the Russian Revolution. The Table of Ranks also conveniently undermined the hereditary authority of the boyars, who vied with the tsar for power. In addition to their pedigrees, the boyars, like the biblical Samson, had one other source of power: their hair, more specifically, their beards – and so Peter demanded that everyone shave their beards, or else pay a beard tax.

In fact, beard-shaving was just one part of making everyone Western. New clothing was also imported, as were European wigs, manners, and aesthetics. Peter brought much of contemporary Europe’s knowledge and skills with him from the Grand Embassy (where he had at times pretended to be a commoner and studied at a shipyard), but he also invited experts from abroad, mostly Germans.

These Germans (to be fair, some were Dutch) brought their books, their newspapers, and their words with them. The Russian language was fleshed out and filled up with neologisms (not all of them stuck). Peter couldn’t be happier: determined to meet the linguistic changes halfway, he devised a new script, borrowing heavily from Western sources. And if you wanted to be in the know about all the new-fangled technology, you had to read the new script! 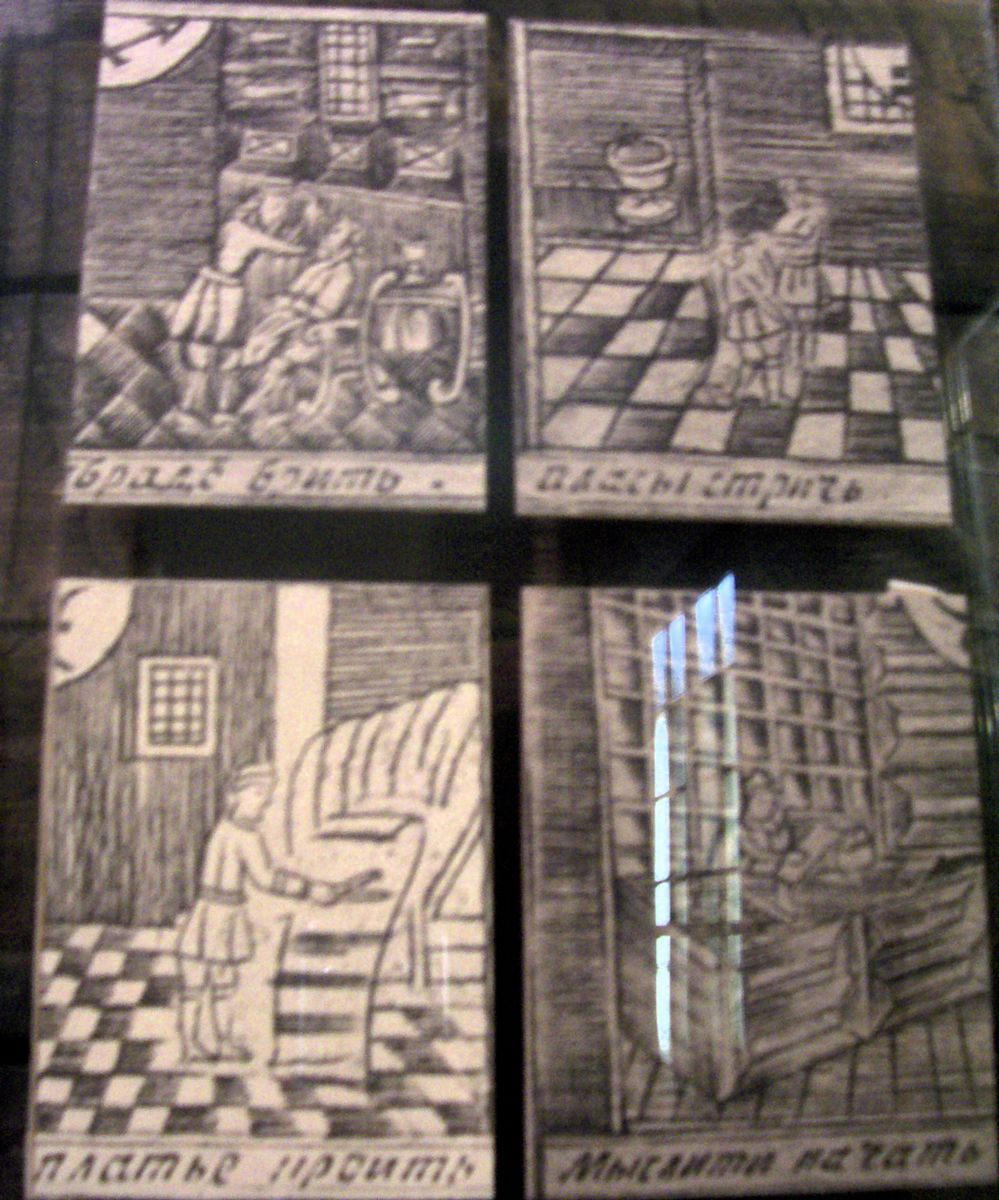 Oh, he also built the Russian navy practically from scratch.

And, as a pat on the back at the end of it all, in 1721 he got himself crowned as the first Russian Emperor. He wasn’t even dead yet before they started calling him “Great.” 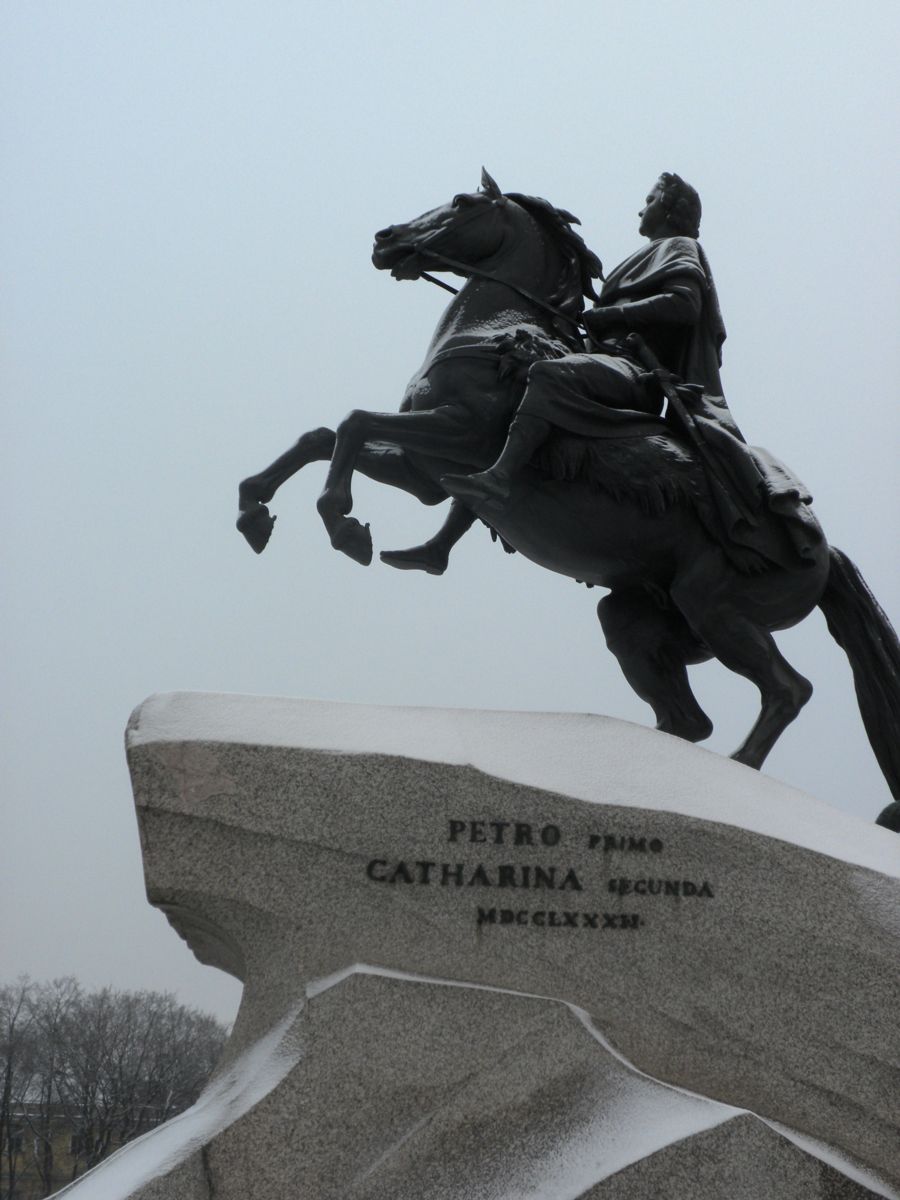 But the crown jewel of Peter’s reforms was the city of St. Petersburg. Built on a swamp that had just recently been captured from the Swedes in the Northern War, with its foundation made – quite literally – out of the bones of workers who died building it, the city was filled with the new architecture and the new customs, and held in place by the sheer force of Peter’s will, as Russian writers so like to muse about:

“Hundreds of times, as I’ve walked through the Petersburg morning fog, this strange thought has cropped up: ‘What if, when the fog lifts and disperses somewhere high up over the earth, this rotten, slimy city were to lift up with it and vanish like vapor, until there remains only this old Finnish swamp, and – I suppose – in the middle of it, as decoration, that bronze horseman on his panting, exhausted horse?’ ”

But, for all its fantastical qualities, St. Petersburg has so far stayed in place – and we remember Peter the Great as the willful reformer who put it there and nailed it down, like a piece of lumber on his newest ship. 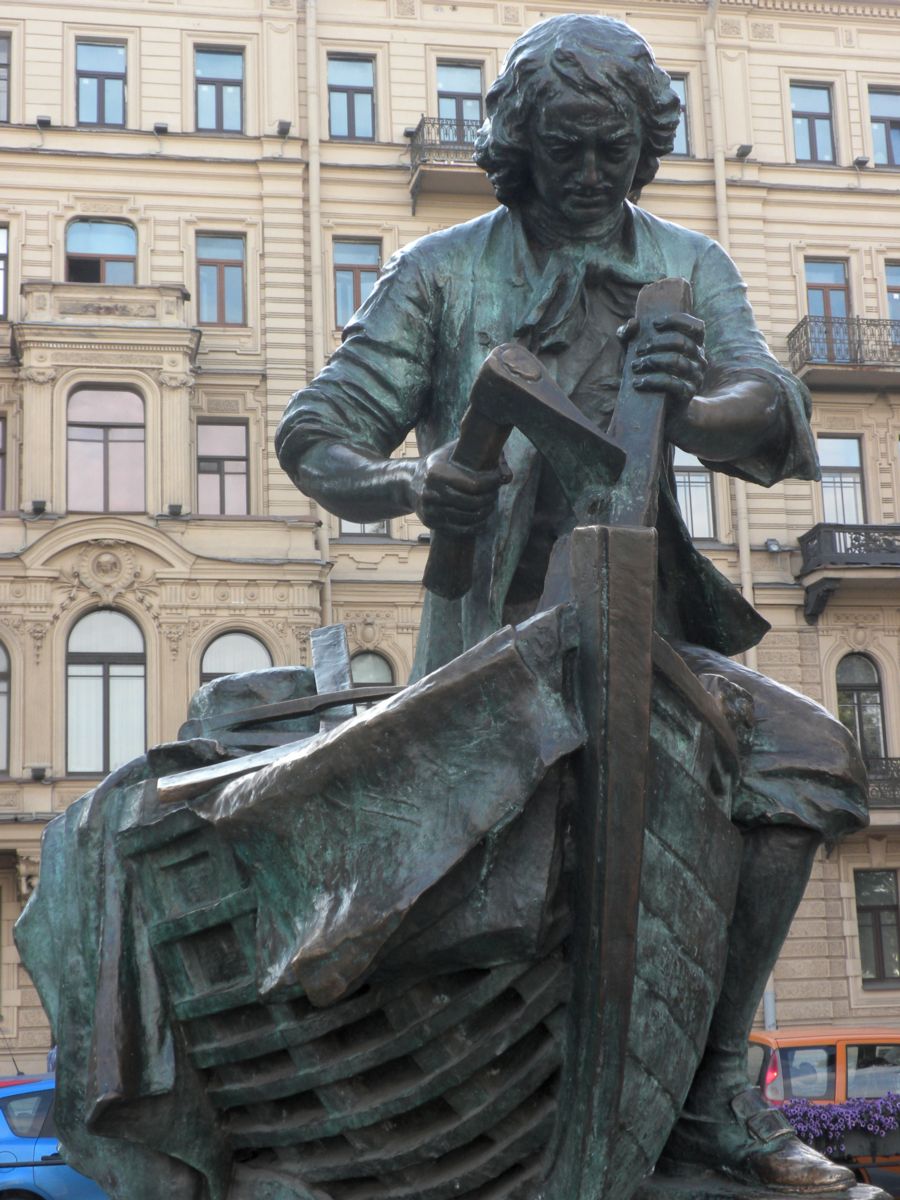 When we say Peter built the Russian navy, we mean it literally.

How to name your baby (and not get arrested)