In May 1914 in Paris, the Baron Nikolai Wrangel offered a rather prophetic vision to Count Valentin Zubov:

We are on the verge of events, the likes of which the world has not seen since the time of the barbarian invasions... Soon everything that constitutes our lives will strike the world as useless. A period of barbarism is about to begin and it shall last for decades.

The catastrophe of World War I hit Russia harder than any other country. Nearly one in three Russian soldiers who served were killed or wounded. In the war, Civil War, famine and purges that spanned 1914-1924, some 20 million Russians (and Jews and Ukrainians and many other peoples of the Empire) lost their lives.

The failure in war toppled the teetering monarchy. The aristocracy soon followed, in a bloodletting and emigration that crippled both the economy and the society.

As Smith points out, citing Fedotoff-White, for the Bolsheviks, “the will to destroy was stronger than the will to create.” They were adamant that the old order – the landed aristocracy – had to be obliterated if the “revolution” was to survive. And it was. By Smith’s estimates, nearly 90 percent of the Russian aristocracy fled or was wiped out by the Bolshevik Thermidor. Yet the story of their fall has been little told.

Smith, whose previous work was the masterful historical tale The Pearl, ably alternates between a general historical narrative of the times and micro studies of two families – the Golitsyns and the Sheremetyevs – who were among the richest and most powerful aristocratic clans, yet whose decline was no less precipitous for all that.

Packed full of engrossing stories of survival and heroism, brutality and horror, this is the “forgotten” history of how the upper crust of society was torn away, and the cost Russia paid, then and now. 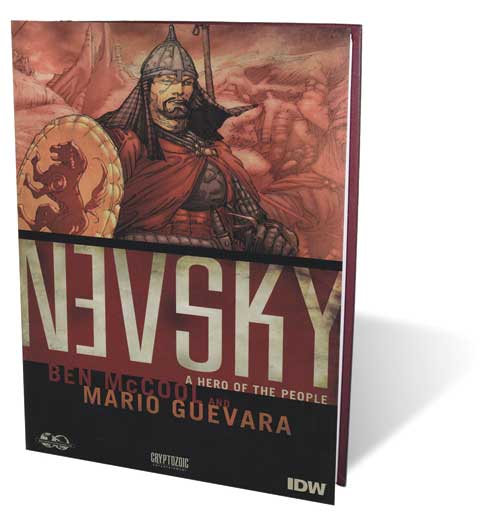 Few historical figures are as revered in Russia as Alexander Nevsky, who defeated the Livonians on the famous Battle on the Ice, and who was immortalized in Sergei Eisenstein’s 1938 film, Alexander Nevsky.

This new graphic novel is based on Eisenstein’s film, and not on the more subtle historical record, which raises questions about Nevsky’s appeasement of the Mongol Horde, his use of the Mongols to divide and conquer his princely rivals, and his brutal repression of independent-minded Novgorod. But, never matter, Eisenstein told a good tale (albeit one tinged with the anti-Fascist message Stalin dictated), and this book is full of amazing illustrations and only a few narrative hiccups that forced a bit of back and forth page turning. 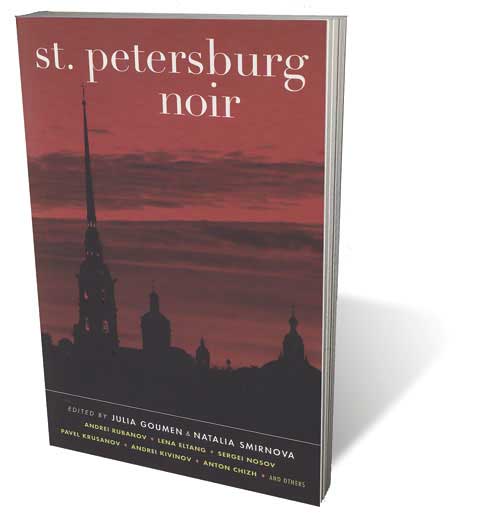 As with the first Russia title (Moscow) in this extensive noir series by Akashic, this volume collects a series of dark, brooding, crime-infested works, all of which are set in the title city – in this case the most brooding (and perhaps most crime-infested) city Russia has to offer.

St. Petersburg is the very definition of noir. Built atop the corpses of thousands, its swampy climate, history and landscape are ideal for breeding dark, psychological literature.

Few of the authors will be ones western readers will have heard of, but that does not make them less worth reading. The translations are superb and fluid, and the texts represents a refreshingly wide variety of styles and subjects (to the extent this is possible within the genre of noir). 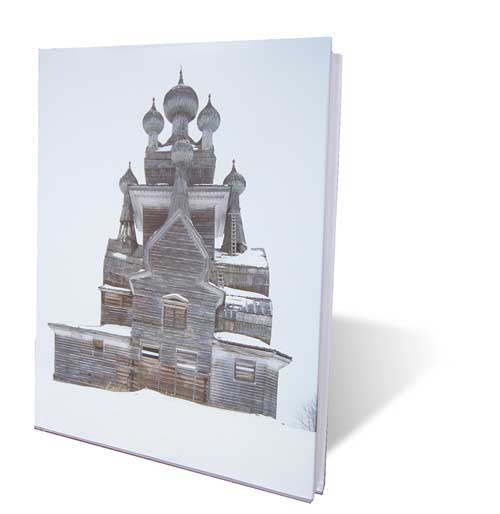 In Russia’s sparsely populated North, wooden churches stand like arthritic sentinels amid hardscrabble villages and towns, their log walls and beautifully crafted, wood-shingled onion domes miraculously withstanding decades of fierce winds, neglect and downright assault. This amazing book is an invaluable documentary record of these lonely sentinels, of the communities that live and die alongside them, of the people struggling to preserve them.

Davies is a perceptive and enthralling photographer. On the third or fourth viewing of some of his photos, I still find things I missed on the first or second look. And Moreton offers graceful, illuminating essays on the pair’s visits to the villages and churches, on the character and lives of the people they met. There are also wonderful supplementary illustrations and readings from the likes of Ivan Bilibin, who made his own ethno-archaeological-artistic trip to the region 100 years ago.

Threaded throughout is a history of the Russian Church in pre-Revolutionary and modern times, of where all the parishioners went, of all the various distasteful purposes for which the churches were used. The faded, empty interior shots are as touching as the images of churches being reclaimed, or of restored buildings standing regally over recently plowed fields.

Get this book, put it on your coffee table, and dive in whenever you need a fresh injection of “what Russia is all about.” 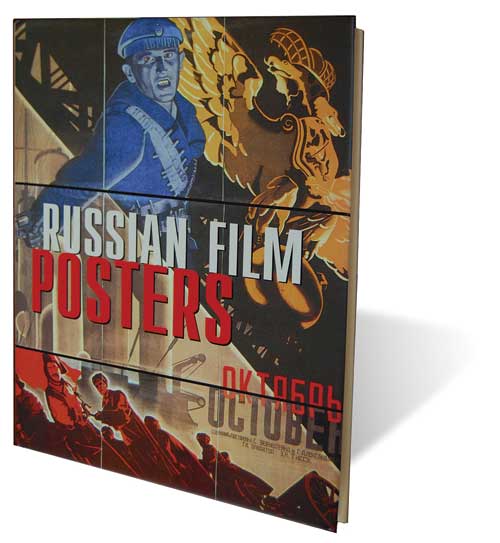 Don’t pick this book up in a bookstore if you need to be anywhere in 10 minutes. It is that enthralling. Following a short introduction to the subject, this book contains over 150 pages of beautifully reproduced and chronologically organized images of Russian film advertisements.

Given that film was “the most important Soviet art form” (a la Lenin), and that the population in Russia from 1900-1930 was largely illiterate, there was no small investment in the advertisements/propaganda for Soviet films of this era. Some of the finest Russian artists of the day were expressing themselves in this medium, and the amazing works preserved in this album exude the freshness and freedom of expression that was so short lived after the revolution. (And demonstrate the diversity of nationalities acting in the films during the silent era.)

1948
The Yugoslav Communist Party was expelled from COMINFORM at a meeting in Bucharest. It marked the formal breach in relations between Yugoslavia and the rest of the Communist bloc.

1940
Soviet troops occupied the Romanian regions of Bessarabia and Bucovina.

1918
All major industrial enterprises are nationalized.

1762
Catherine II (the Great) takes power in palace coup, unseating her husband, Peter III, who is murdered on July 6, 1762