St. Petersburg from 1703 to 1914, Petrograd from 1914 to 1924, Leningrad from 1924 to 1991, and St. Petersburg again since 1991, this city has long been referred to as the city of three revolutions. The first, in 1905, led to the creation of a democratic Duma that was short lived. The second, in February 1917, was a “bourgeois democratic” revolution that ousted the monarchy, and the third, in October 1917, was the “Great October Socialist Revolution,” more accurately known as the Bolshevik coup.

With this annotated photo feature, we look at the imprint that revolution and Soviet life has had on the city, offering a list of places to visit that may not figure on most tourist maps. 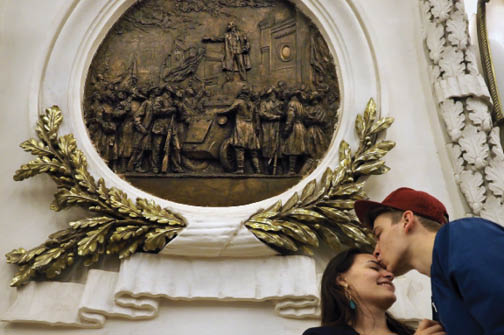