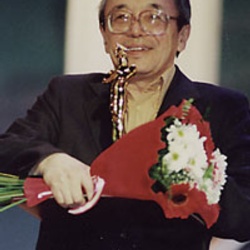 YULI KIM was born in 1936 in Moscow and is one of the great Russian bards that came of age in the Soviet era. After his parents were arrested in 1938, he lived for the next two decades in Kaluga region and in Turkmenistan, returning to Moscow in 1954 to attend university, after which he began to teach history and write songs. In the mid-1960s, he became a human rights activist and dissident, which got him fired from teaching and turned him into a full time bard. Over the past half-decade, he has written hundreds of songs and become one of Russia's most beloved talents.