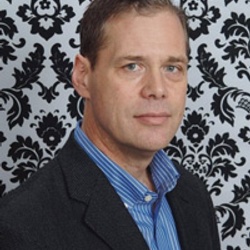 Russell Working has written for The New York Times, The Atlantic, The South China Morning Post, The Boston Globe, The Moscow Times, The Jerusalem Post and scores of other publications around the world. A former reporter for the Chicago Tribune, he is the author of two collections of short fiction, Resurrectionists and The Irish Martyr. After spending five years as an editor and foreign correspondent in Vladivostok, he now lives in suburban Chicago.