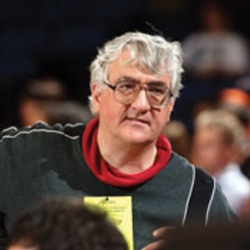 JOSEPH D’HIPPOLITOhas covered international sport since 1985 as a freelance writer. His work has appeared in The New York Times, USA Today, The Washington Post, The Moscow Times and Kiev Post. Among his articles is a 1992 piece on the effects of glasnost and perestroika on Russia’s Olympic program for Volleyball Magazine. A graduate of California State University, Fullerton, in History and Communications, D’Hippolito visited Russia and Ukraine in 1992. He lives in Fullerton, California.

The Tales Behind the Frames