Launched on February 20, 1986, Space Station Mir was a technological wonder that outlived its original expectations by over 10 years and saw both near disasters and unbelievable achievements. Mir was the crown jewel of Soviet and Russian ingenuity; a bright shining star, both in the night sky and the collective pride of the Russian people.

Why did Mir have to be destroyed? Many asked this almost hopeless question and even protested in Moscow against the government's ultimate order to bring Mir out of orbit, blazing through Earth's atmosphere and crashing into the Pacific Ocean. The primary reason was familiar; money. Mir, having served much longer than anticipated, was in serious need for major repairs, upgrades, etc. Russia's economic woes of the 1990s and commitment to the pricey ISS had left little if any viable funds to maintain Mir. The space station received a brief respite in the form of Mir Corp, but, this venture failed.

Why couldn't Mir have been taken apart and brought back to Earth, reassembled and placed in a museum? In theory, Mir could have been dismantled in space. However, each component would have required its own de-orbit, rocket and controls. The Space Shuttle may have been an option - bringing each module back in the Shuttle cargo bay. Aside from the prohibitive cost; a separate trip for each module; most of Mir's components were too big, either in dimension and/or weight; to be accommodated by the US Shuttles. Saving just the core module proved to be cost prohibitive.

How was Mir forced down? On January 27, 2001, a fuelled and unmanned Progress (M1-5) craft docked with Mir. Progress fired its engines several times, forcing Mir down and into Earth's atmosphere. From there, Mir descended and much of it burned up in the atmosphere. Several pieces splashed down in the ocean at an impact similar to the crash landing of an airplane.

The Russian government tasked the Russian Aviation and Space Agency, Rosaviakosmos, with Mir's re-entry mission. RSC Energia, Mir's operator, along with Rosaviokosmos, was responsible for the space station's de-orbit. Mission control was at Korolev, outside of Moscow. The European Space Agency (ESA) and NASA monitored Mir's demise. 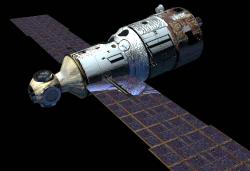 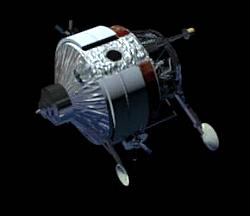 Kvant 1 (11 tonnes, 5.8 m x 4.15 m) headed into space in March of 1987. It housed the laboratory bay and astronomical observatory designed to send back information used in the study of the physics of galaxies, quasars and neutron stars. Kvant 1 was, also, involved in biotechnical experiments and was the main docking port for the Progress service craft. 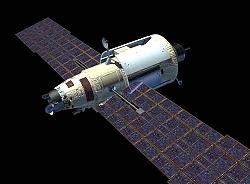 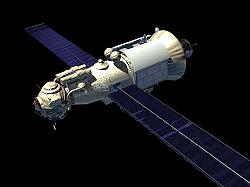 Kristall was added to Mir in May, 1990 (19.6 tonnes, 13.7 m x 4.35 m). This module featured solar panels that could be folded and unfolded and supported the electrical power system of Mir. Kristall, also, provided the docking port for the Space Shuttle. 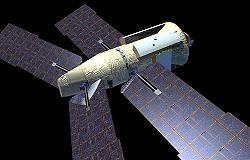 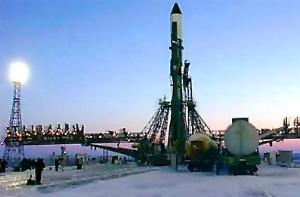 The Progress M (7.2 tonnes, 7 m x 2.6 m) is an unmanned craft which serves as a cargo transport used to replenish supplies and carry equipment to Mir. It also removed waste and brought experiment data back to Russian space scientists on Earth. Progress is comprised of three units and can carry up to 2,400 kg. The components include orbital, tanker and the rocket motor section.

Soyuz TM (6.8 tonnes, 7 m x 2.6 m) carries cargo and crews to and from the space station. It can carry up to three crew members and is designed to dock with Mir and the ISS.

If Mir's onboard computers had failed, Mission Control Center (MCC) had a backup in the form of another onboard computer and the communications system aboard the Progress cargo ship which remained docked with Mir.

The Moscow based Center for Analysis of Strategies and Technologies stated that there was a 25 percent possibility that the station will spin out of control and reenter uncontrolled. The lower Mir descended the more difficult it was to control. The MCC stated that Mir could be controlled as long as the altitude was above 137 miles.

This was the largest man-made object ever to be brought back to Earth. If any of the ca. 1,500 pieces of debris had impacted land, the results could have been devastating. Mir was invisible to radar during the last 40 minutes of its descent.

Anyone thinking about treasure hunting for Mir parts will be disappointed. There are no islands within the debris field for fragments of the space station to eventually wash up on to. Additionally, the depth of the Pacific Ocean in this field is roughly 3 to 5 km (ca. 2-3 miles, or up to 16,000 ft.). The only craft in the world capable of diving to such depths is the Russian submersible, Mir, which is carried by the scientific ship Akademik Keldysh. Russia has no plans of using it for such a venture. This Mir was used in the filming of Titanic and for examining sunken subs including the Kursk and Komsomolets.

After Mir's final burn, it made one last orbit around the Earth, began to break apart and much of it burned up in Earth's atmosphere. The solar panels were the first to go and Mir's fuel tanks exploded. During the final 40 minutes of Mir's life, it could not be controlled or visible to radar.

0035 EST (0535 GMT)
Mir passed out of radar sight and any control from the MCC. It's altitude was dropping rapidly and everyone held their breathe during Mir's final moments of life. Residents on Fiji reported a dramatic light show of nine bright streaks of brightly colored light which raced across the sky overhead (ca. 0050 EST) followed by several sonic booms, several moments later. This sighting placed Mir right on target to impact within its designated crash zone.

Just before the big screens at MCC went blank, Mir sent back its last images of Earth, itself and the Progress rocket attached to it. There was a slight gasp followed by several moments of silence when Mir passed out of radar and control reach.

0058 EST (0558 GMT)
Mir successfully crashed within its designated crash zone, a little over one half hour ahead of schedule. The gathering at MCC was relieved and happy for a successful mission. There was also sadness and a tear or two as a grand era of Russian accomplishment came to an end. Mir was a first and paved the way for the ISS. Mir and Russian space science achieved another first by successfully bringing down the largest man-made object ever.

While the money might not be available to bring the Russian space program back to its former glory, the intelligence and dedication that brought about its 15 year reign remains. The ghost of Mir will remain as a constant tribute to Russian innovation and contributions to science and space exploration.

The Most Useful Russian Inventions

What do radio, television, the periodic table, and helicopters have in common? Russians were involved in developing all of them – and more!

Modigliani and Akhmatova in Paris