Veliky Ustyug, in Vologodskaya oblast, is one of the oldest cities in the Russian North. It lies on the left bank of the Sukhona River, and was a important stop on the old Great Tea Road. Veliky Ustyug is the birthplace of oceanfarers and land explorers who played a key role in the acquisition of Siberia and Russian America. In 1999 it was declared the hometown of Father Frost. Many buildings in the city are designated as cultural heritage sites of the Russian Federation.

Some state institutions are located in cultural-historical buildings – not just museums, but the tax inspectorate, library, archives and technical colleges. For example, the Automobile Technical College is located in the cells of the former Mikhailo-Arkhangelsky Monastery.

In the center of the city you can find old merchants' homes still heated with a Russian stove, though they have been divided up into multi-room buildings where ordinary people live. In the city's older sections, many homes do not have internal plumbing. There are outdoor wellheads near such homes where people get their water even when it is -30 Celcius.

It is forbidden to construct a building higher than five stories in the city, thus if you visit the bell tower (in the summer) or rent a forklift, you can enjoy a wonderful panorama of the city.

There is normally snow on the ground in Veliky Ustyug from November to March. Some children have special winter scooters that they use to get around in the snow. Also, in the center of the city, along Sovietsky Prospekt, both children and adults get about on cross-country skis.

Actually, the most famous view of Veliky Ustyug is typically captured from the neighboring village of Dymkovo, which is located on the other side of the Sukhona River. You can get there by crossing the bridge, or, if the ice is still solid, by walking across the river. It is really a wonderful view of Veliky Ustyug and its ensemble of church buildings.

There is the miracle stone in the Church of St. Prokopia. If you sit on it and make a wish, it will surely come true.

For those interested in old religious art, we recommend the Church of the Ascension, which houses the Museum of Ancient Russian Art. They have several ikonstases as well as various important historical items from the town.

Not far from the river school is an interesting courtyard with an outdoor summer cafe. It has many hanging mirrors, paintings, posters, portraits, etc., and in the evening it is beautifully lit.

A taxi in the city is far cheaper than in Petersburg. You can get from one end of the city to the other for just 100R.

Where can we see more of your images? 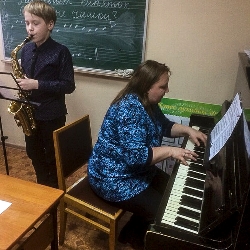 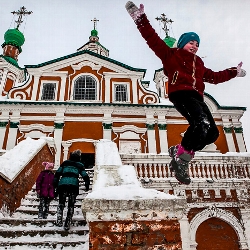 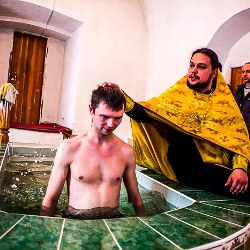 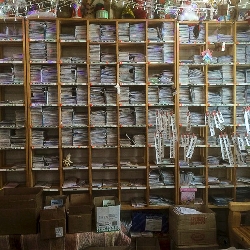 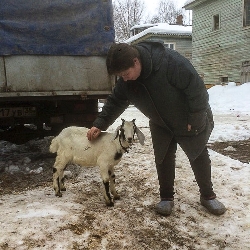 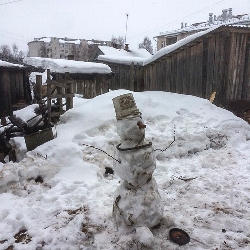 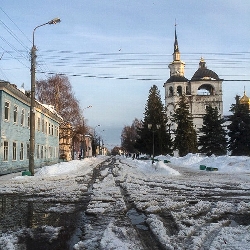 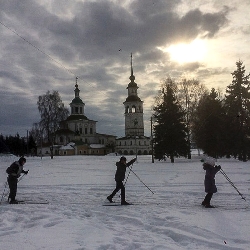 1941
First Moscow Conference, summit between US, UK and Soviet Union.

Beginner's Guide to Getting Off the Beaten Path in Eurasia