This Friday, September 27, 2013, Nikolai Bukharin, one of the most popular Russian revolutionaries, would have been a whopping 125 years old. But after crossing Stalin, he met his end in 1938 – at the ripe young age of 49.

Nikolai Ivanovich Bukharin had everything going for him. As a bright-eyed young revolutionary, he was writing theoretical works, editing publications, and receiving high praise from Lenin himself. As 1917 rolled around, he came back to Russia from exile and immediately found himself a prominent leader in the Moscow branch of the Communist Party. Initially a critic and a bit of a dissident, by 1921 and the launching of the New Economic Policy (NEP) Bukharin was loyal, dependable, and popular, a proponent of moderation and care for the people. He was one of a select group that had brought Russia to socialism, and in the new party ideology that made him one of the most priviledged people in the land. 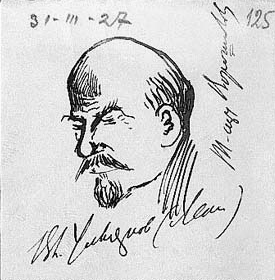 “If we are not to close our eyes to reality,” Lenin wrote in 1922, “we must admit that at the present moment the party’s proletarian politics are defined not by its constituents, but by the enormous, indivisible authority of the thin layer we could call the party’s old guard.” Sounds pretty good, doesn’t it? However, he goes on to warn that “a minor internal struggle within this layer would be enough to undermine its authority, or at least weaken it so much that decisions would not longer depend on it.”

Let’s just say Lenin miscalculated slightly. The old guard’s authority was anything but indivisible. Minor internal struggle? More like vicious attack from the inside. After Lenin’s death, it was the era of Stalin’s rise, and Bukharin did not wait on the sidelines. He was the author of “Socialism in One Country,” Stalin’s slogan in opposition to other factions in the power struggle. With Bukharin’s support, Stalin first got rid of Trotsky, then the other major players, his own former allies – Zinoviev and Kamenev, leaving just himself and Bukharin at the top.

Stalin and Bukharin in 1928
Already not too happy to see each other...

Having brought success both to himself and to Stalin, Bukharin may have expected some well-earned respect and security. Not so fast! By 1929 he had been expelled from the party as a critic of Stalin’s sudden policy reversals – something he maybe could’ve seen coming, judging by what happened to Kamenev and Zinoviev. Like that deposed pair, he remained in the lower levels of the party, laying low and doing the party’s bidding. 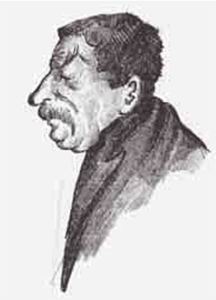 Bukharin's caricature of Stalin, 1929,
probably didn't do much to ingratiate him with Stalin...

Perhaps in kinder times this fall from grace would have been sufficient punishment for flying too close to the sun. Perhaps it was Stalin’s own rehabilitation of Bukharin – allowing him to edit Izvestia, to be involved with the new constitution – that made his former ally look threatening. Be that as it may, in March of 1938 Bukharin was tried in the last of the Moscow Trials. In his last note to Stalin, he wrote: “Koba, why do you need my death?” There was no answer. On the 15th, he was executed.

1991
Turkmenistan established its independence from the Soviet Union.

1984
Official opening of the BAM Railway.

1981
Soviet Whiskey-class submarine with nuclear weapons on board ran aground in Swedish waters.