Lev Tolstoy's Anna Karenina has been called the greatest novel of all time. But can one really appreciate it as much in English translation versus the Russian original (a germane question, given the upcoming US release of a new film adaptation, written by Tom Stoppard and starring Keira Knightley and Jude Law)? In this, the first of two essays on this theme, Robert Blaisdell considers this very question.

I’m one of those people who said they were going to learn Russian so that they could read Anna Karenina in the original. For five years I studied Russian and then I read that glorious novel--for which accomplishment I’m almost as proud as I am of being a husband and father. Just as I imagine the common-folk I’ve read about in Russian literature who strive to learn their letters so they could piece together the Bible, for nineteen months I was piecing together Anna Karenina. I crawled through it at the rate of about two hours a page. I read it every day, and when I was done, my plan was to start all over again. (Instead I hopped over to Chekhov’s short stories.) My crawling was especially grueling, because after each chapter (there are 237 chapters), I made myself write up my questions about vocabulary, grammar and idioms as well as, most importantly (this book is my bible), my very personal responses, the composing of which required me to translate significant sentences and paragraphs. 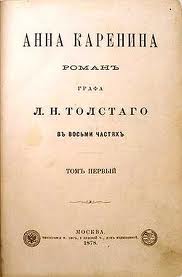 At the beginning of the twentieth century and at the end of his long life, Tolstoy compiled a couple of anthologies of the world’s wisdom for unsophisticated readers. In Readings for Every Day and A Circle of Reading, Tolstoy clipped and rephrased Socrates and George Eliot, Henry George and Sophocles, Dostoevsky and himself. He went for the gist of the other geniuses’ meanings and didn’t fuss about literal exactitude! I admire his boldness. I, on the other hand, humbly kept to his very words; that, after all, was what I wanted when, after having read Anna Karenina in English twenty times, I thought, “Why do I have to get this second-hand?” If I could go to a museum and see a Cezanne, why would I look at it in a book? I could see it as up-close as anyone! I would get Tolstoy at full strength. I reasoned, quite reasonably I thought, “I’m a teacher! I teach language. I can teach myself a language.” I was influenced, in fact, by Tolstoy, who used to learn languages by getting a New Testament in that language and then deriving from that the grammar and vocabulary. I could do that!

Most of us need teachers. Most of my students need teachers, and I hate to admit that I needed one too. So, thank you to Albina Kuznetsova at the language school near Mayakovsky Street in St. Petersburg and to Dina Kupchanka here in New York City and to Katya Rogalsky in Santa Barbara. They taught me how to teach myself. Anna Karenina was way too hard for me, but I persisted, partly at least because it was too hard. Those marvelous little stories that Tolstoy composed for children’s primers, the Azbuki—those are my speed. They’re challenging and satisfying. But I wanted my bible. Not counting professional and family duties, my real job was this book. In the midst of my Russian journey through Anna Karenina, a friend asked what I was reading, and despite all the books I was poring over as a reviewer, professor, and anthologizer, none of them really counted. What was I really reading? I was reading Anna Karenina! 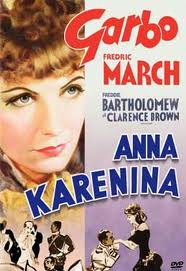 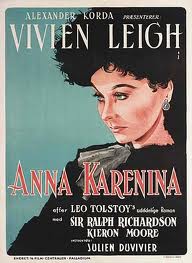 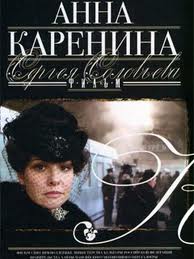 Along my journey, I tried not to but found myself complaining about the farming terms that pop up so much in the chapters about Levin. I could not figure out those words by breaking them down into roots, prefixes and suffixes. Even when I looked up “пахота,” I forgot it—I never wanted to see that word again, but there it was again and again and again. My developmental writing and reading students at the community college in Brooklyn do this too; in class we learn a word, and for the day we know it. The next day it’s gone:

They were hoping or thinking that it was a one-day’s use word. No such luck either for me with the Russian “plowing” and “forking” (pitch-forking, but it looks like plain “forking”).

On the other hand, when Tolstoy describes the psychological states of Anna or Stiva or Kitty, or involves us in the intense conversations between the main characters, I was and am almost always right there. Tolstoy has been my mentor on understanding psychological states and romantic interactions ever since I first read Anna Karenina when I was eighteen. What I understand of psychology is really Tolstoy’s understanding of psychology. So when I’m with his characters in the midst of those crises, I can turn and tilt the words like pieces of broken glass until I see my way through a whole paragraph or two without a dictionary. But farming? Economics? Serious discussions that have nothing to do with romantic relationships? I still don’t know that language very well, and all my grammatical weaknesses—the perfective, prepositions, participles—crippled me. I did not so much crawl through those passages as drag myself with one arm across a dusty plain.

What must it have been like for those readers for whom the only book was the Bible? What about all those tedious lists of laws or names? Could one really go through that, striving to understand filler? There is no filler in Anna Karenina. Because I feel that, when I didn’t know a word, I had to look it up, even if it was a farming implement or a special type of jacket. Sometimes I knew all the words in a phrase and I still didn’t know what it meant—then I wrote it down and I wrote my own lame gloss. For instance, in Part 2, Chapter 13, a peasant tells Levin, who’s irritated, “Только ходить страсть!” I think that means “Only let go the passion” or “Don’t get mad.” Maybe if I combined those phrases ... or maybe I just had it all wrong.

Maybe next time through I’ll know what it really means.

You ask, why didn’t I simply look in a translation?

Because… because I had spent five years trying to learn Russian so that I didn’t have to read translations anymore.

The movie is almost too silly to discuss, as if Saturday Night Live decided to do a parody, but nobody but the costume-director and scene-making crew were ready. A puppet resembling Keira Knightley plays Anna; although thin, even scrawny, the animators make her look almost human.

Crooks and Crazies this Russian Christmas