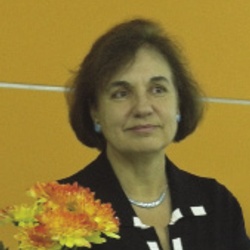 DR. OLGA E. GLAGOLEVA is a historian specializing in Russian history of the 18th and 19th centuries. She has published several books and numerous articles, among them Dream and Reality of Russian Provincial Young Ladies, 1700-1850 (2000), "The Illegitimate Children of the Russian Nobility in Law and Practice, 1700-1860,” (Kritika. Summer 2005), etc. Born and educated in Russia, she lives in Toronto, Canada from 1993. She currently leads the international project Culture and Everyday Life of the Nobility in the 18th-Century Russian Provinces (at the Deutsches Historisches Institut Moskau), is Professor at the Dept. of Humanities of the Tula Institute of Economics and Informatics, and Visiting Scholar at the Centre for European, Russian and Eurasian Studies of the University of Toronto. This article was modified from a longer version published in the volume Other Animals: Beyond the Human in Russian Culture and History, Jane Costlow and Amy Nelson, eds., Pittsburg, PA, 2010.

The Amazing Life of Moscow's Gator